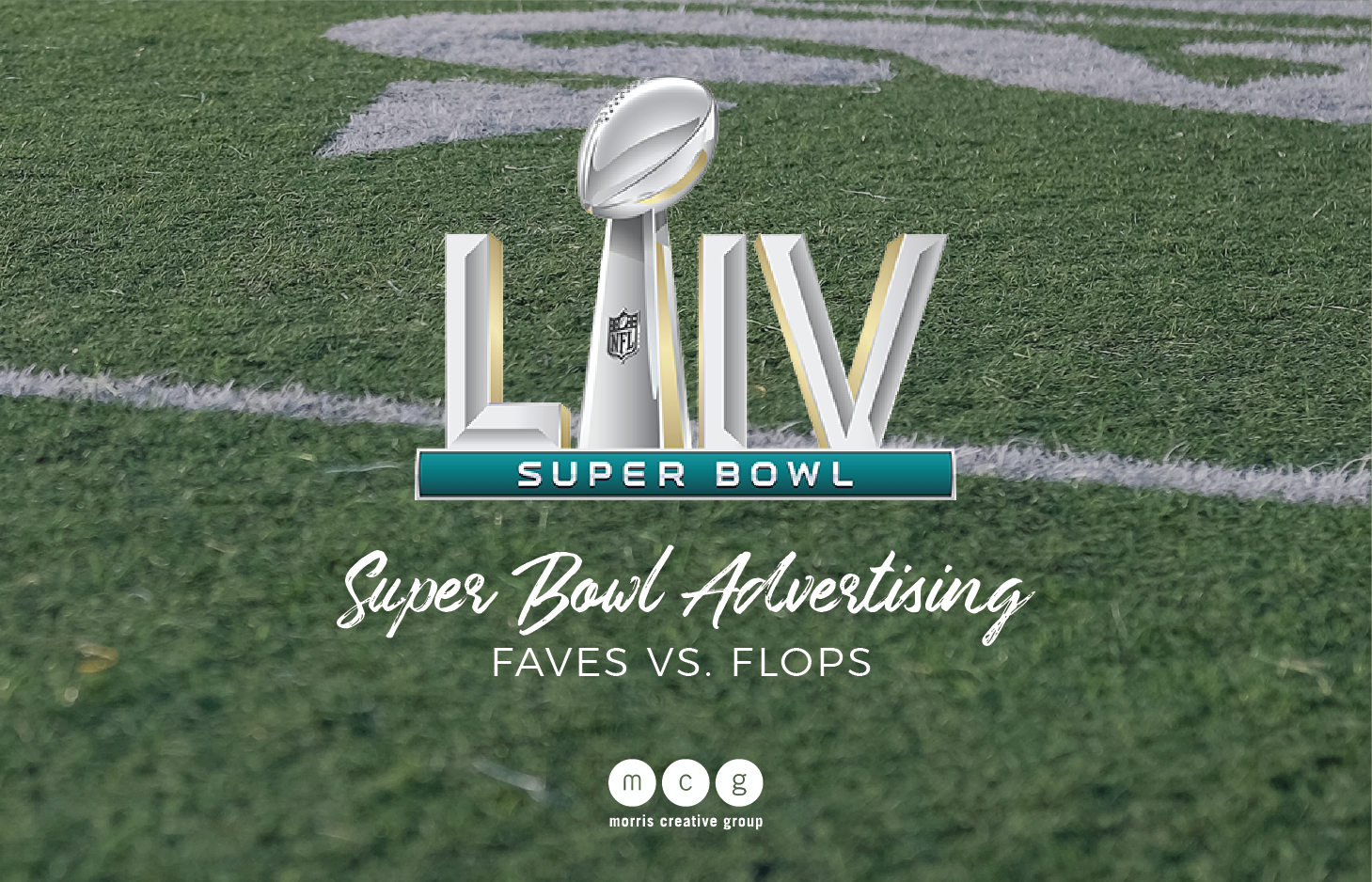 Aside from the delicious assortment of dips and, of course, a great game, one of our favorite parts of the Super Bowl is the new crop of commercials. In what seems to be a bigger competition than the actual ballgame, marketers bring their A-game, producing award-winning, impactful advertisements. The competition seems to increase each year, and while some scored, some fumbled. If you missed this year’s competition, no worries. We conjured up a list of our favorite, and not-so-favorite, Super Bowl ads.

There’s no doubt about it, Budweiser always nails the Super Bowl ads. From Clydesdale puppy-love to patriotic tearjerkers, the brand brings quite a fight to the commercial break. This year, Budweiser horned in on American Pride in their big moment. If you weren’t a fan of the beer company now, you will be after this one. This ad received an overwhelmingly positive response. Viewers were ecstatic that this company beamed a ray of light and positivity on our country.

Who cried at this one?! I know we did. Google really pulled at our heartstrings in this ad inspired by a true story about the grandfather of a Google employee. Featuring a man who uses Google Assistant to reminisce about his late wife, Loretta, he uses Google Assistant to keep his memory of her alive, storing notable facts and memories including photos, vacation destinations, “their” movie and more. Grab some tissues and give this one a watch – you won’t regret it.

Although this ad was a bit off-the-wall, we thought it was a captivating hit. After all, you can’t go wrong with Maisie Williams (Game of Thrones actress), the music of Frozen and electric cars. As I sat in a room full of people unfazed by other commercials on-air, this one started and a hush fell over the room. Talk about an impactful ad! Everyone was talking about Audi after that.

Winning the tile of MCG Fan Favorite, Tide’s ad kept us on our toes. It utilized multiple commercials to create a story surrounding the procrastination of stain removal. In the first commercial, Charlie Day (Seen in It’s Always Sunny in Philadelphia) is shown watching the Super Bowl with friends, when he spills something that stained his shirt. Throughout various commercial breaks, he appears with the stain still on his shirt, pondering the question “When is the best time to do laundry?”. However, it isn’t until the final ad post-game that he finally removes his stain using Tide.

The brand announced weeks ago that it would be ridding itself of the well-known mascot, Mr. Peanut. Consumers went crazy, as everyone mourned the loss of a peanut. However, in the aired commercial, Mr. Peanut was not actually cut – a new peanut was born! Despite some users comparing baby nut’s level of cuteness to that of Baby Yoda, most viewers did not find this ad funny or clever.

In another mind-game for viewers, the ad begins with Tom Brady hinting that he is approaching retirement. Surprisingly, the commercial was actually a ploy to raise awareness about the streaming service. The ad was so meaningless that even Brady interjected saying “according to the script they just gave me,” in his sales pitch – yikes!

Talk about product placement! While mashups can be a great source of entertainment, this one, in particular, was a bit confusing. Facev with so many mascots/characters of P&G brands ranging from Mr. Clean to Charmin Bear, viewers were left unable to remember them all.

There you have it – our list of fave, and not-so-fave advertisements from the Super Bowl. Though some commercials may have not turned out the way advertisers had planned, we still appreciate the hard work put into every ad. Until next year, Super Bowl!